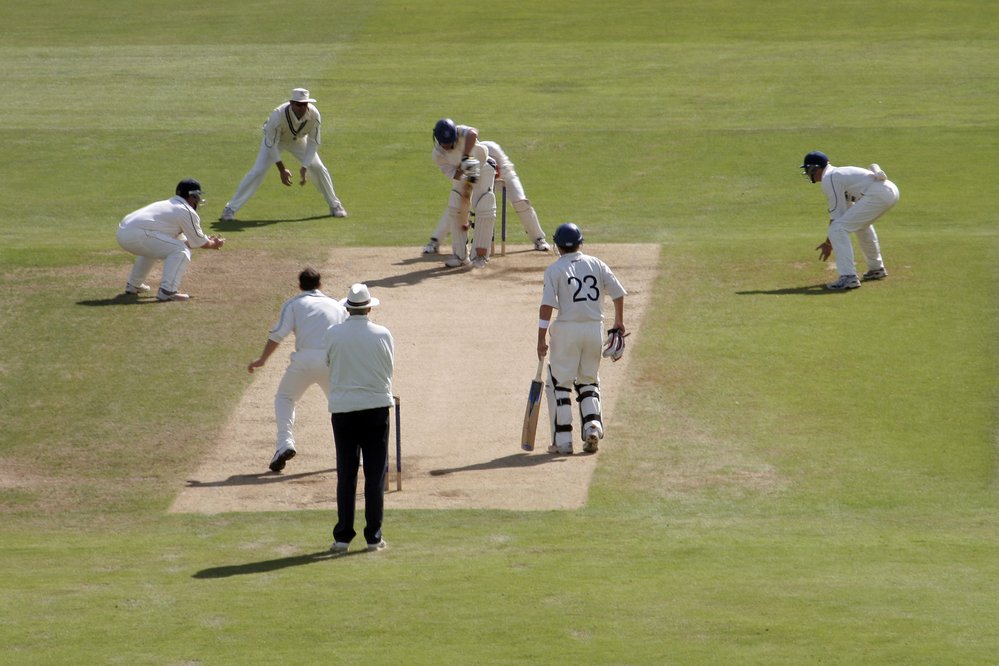 Learn the Basic Rules of Cricket

Cricket is one of the most popular sports in the world. Billions of fans watch the games from different parts of the world, making it a paradise for gamblers and bookmakers alike. If you are new to the world of cricket but want to bet on some of the matches, this guide will help you understand the rules and regulations of the game clearly.

Two teams participate in a match. The team with the maximum number of runs wins. The game starts after spinning a coin. One of the captains has to call heads or tails. The captain that wins the toss decides whether his team should bat or field first.

Each team consists of eleven players. They also need to have a twelfth man who can come as a substitute fielder if any of the playing eleven gets injured. However, that player cannot bat or ball unless the injured player goes out due to a concussion on his head.

A player can score runs in various ways. The batsman facing the ball needs to cover the pitch and reach the other side of the 22 yards to complete a run. According to rules of cricket, a batsman can run as many times across the pitch to score runs. However, in most cases, players can run a maximum of three, or very rarely, four runs.

The batsman can also hit boundaries during the game. If the ball rolls over to the boundary or drops before the boundary, it’s four runs. On the other hand, it’s a six if the ball sails past the boundary without dropping anywhere.

Apart from these, the team can also get added runs if the bowler bowls a no-ball, wide ball, bye, or a leg bye.

In cricket betting, most gamblers focus on the outcome of the game. They bet on the team that can win the match. However, there are other betting options to consider. Some of these options are:

The objective of a bowler is to take the wicket of the batsman. If a team is bowling first, they would want to dismiss all the opponent batsmen so that it increases their chances of winning the match by chasing down the target.

Similarly, the team batting first would want to score as many runs possible and take all the wickets of the opponent to win the match. Here are a few ways in which a batsman can get out:

Apart from these five, some of the other ways in which a batsman can get out are hit wicket, handling the ball, timed out, hitting the ball twice, and obstructing the field.