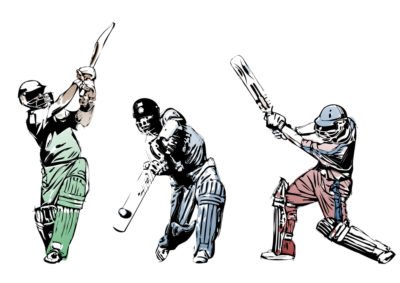 The chances of the IPL taking place at all seem to have receded further in the light of developments. Governments and cricketing authorities around the world react to the threat posed by the coronavirus.

Last week the BCCI pushed back the start date of this year’s tournament to April 15th, but even that now looks very optimistic given the events of the past few days.

From Australia comes news that many of their top international stars could be set to lose out in a big way financially because of the epidemic. It is because the players’ governing body, Cricket Australia, may force them to give up their lucrative IPL contracts to ensure their safety.

It follows the decision on Tuesday to cancel the final of the 2019-2020 Sheffield Shield and to declare New South Wales the champions.

In theory, each of the players contracted has the right to decide whether to take part in this year’s IPL or not, as they have separate individual deals with their IPL franchises. However, there is a catch. To play in the league, they are required to obtain a No Objections Certificate (NOC) from Cricket Australia. While these are generally issued as a matter of routine, Cricket Australia, in the light of the pandemic, are considering the wisdom of allowing the players concerned to travel to India for the IPL, and then to the UK for the Hundred later this year.

If Cricket Australia chooses not to issue NOCs to the players, stars like Pat Cummins, Glenn Maxwell, Steve Smith and David Warner could all miss out on big windfalls. Cummins will be particularly affected – he became the most expensive overseas player when he was bought of Rs. 15.5 crore ($3.2 million) at the 2020 IPL Auction in December. And Maxwell, who has been celebrating his engagement to his Indian fiancée, will also be hit in the pocket in a big way, having been bought by the Kings XI Punjab for Rs. 10.75 crore ($2.2 million).

Meanwhile, all eight of the IPL franchises have decided to cancel all their pre-season training camps until further notice. The latest to do are the Royal Challengers Bangalore (RCB) who were initially scheduled to convene on March 26th. They join the likes of the defending champions, the Mumbai Indians (MI), the Chennai Super Kings, and KKR who had already decided to postpone the squad get-togethers.

Following a meeting between the BCCI and the IPL stakeholders which was held on Saturday where various options were considered for ways in which the league could still go ahead, a follow-up teleconference was held on Monday. Yet, little concrete progress was made, with few having changed in terms of the situation on the ground. The intention is to keep holding the calls weekly, in the light of current developments.

Amongst the options under consideration are staging a truncated tournament, increasing the number of doubleheaders, restricting games to a handful of venues only, and playing matches behind closed doors.

Another problem posed by the virus is the restriction on foreign players entering the country. With passengers from member countries of the European Union, the UK, Turkey, and the European Free Trade Association already on the prohibited list, they were joined on Monday by travellers from Afghanistan, Malaysia and the Philippines. These measures are temporary and will be reviewed on March 31st, but, if the spread of Covid-19 continues throughout India, then the ban could stay for longer.

And while the IPL franchises are prepared for quarantine their foreign players for 14 days when they do arrive in the country, that is predicated on them being issued visas in the first place. In any event, it has been agreed amongst the franchise owners that all foreign players will require a five-day window after they arrive in India before they are fit to play.

Nobody involved has yet said that the IPL will be cancelled this year. But, as the health situation continues to deteriorate in India and many countries around the world, what was previously unthinkable could become a reality.