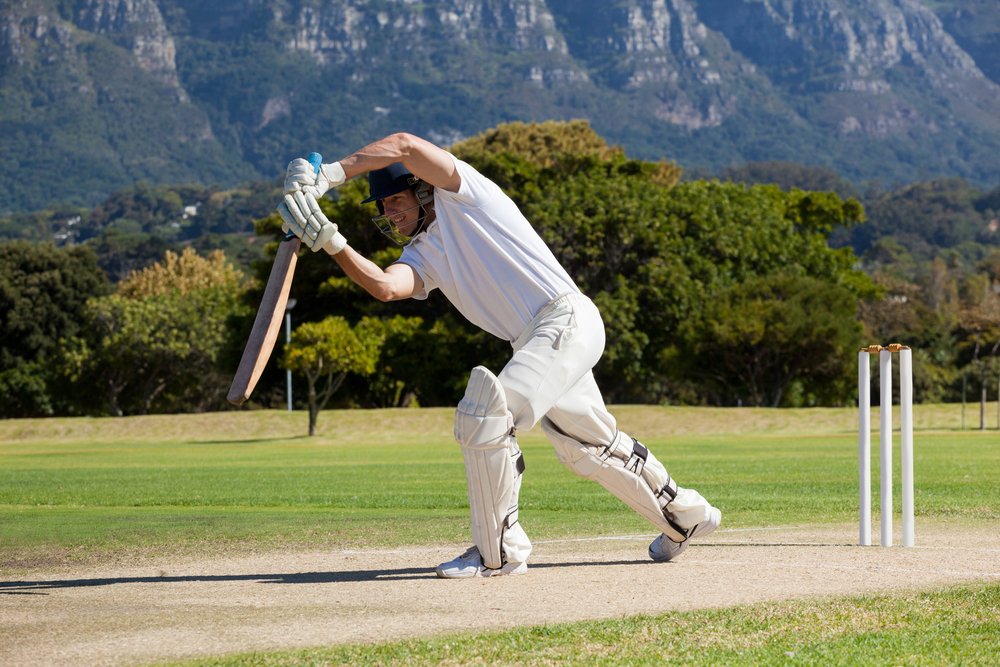 In cricket, the majority of changes to the game-play were resulted due to the evolution of the shapes of bat and ball, over the years. Thus, the perfect handling of a bat or ball can easily be considered as one of the most preliminary and important steps in becoming a batsman or batswoman. Though it might seem trivial, learning the different positions to hold a bat can accomplish wonders in enhancing the game of a player and also in determining the perfect position that suits their game.

The difference between each form will seem very minimal, yet it can affect a player’s game, in a significant way. Moreover, a player’s holding position will influence their ability to direct the ball in the desired direction with precision. If a batsman has difficulties in playing their shot right, the problem might just be in their holding position of the bat. As this article strives to guide both current and aspiring cricketers, it might be more suitable to describe things in layman’s terms, rather than delving more into technical jargons.

Before going into the holding form, let us first learn about the hand placement. The placement position doesn’t differentiate between right and left-handed batsmen. To put it plainly, a right-handed batsman holds his left hand on the bat, in a position that is closer to his body, and the right hand will be held outward, right before the left hand. It’s vice versa for a left-handed batsman. In other words, the hand of your batting side goes to the bottom and the opposite side goes to the top of the handle.

There are several ways to gripping a bat but, only a very few types were recognized as ideal for cricket. Even though some legendary cricketers have had unorthodox forms, it will always help the players more to train with the traditional forms in cricket, to get the better hang of the game.

The following context will attempt to describe some of the most important forms used to bat in cricket.

As expressed earlier, there are several ways to hold a cricket bat. But “V-Shape” is the most conventional and more widely accepted form. When players start their training as batsmen, this will most probably be the form that will be advised by their coach or mentor. Also, this is the most popularly used form by a vast majority of cricket players.

Beginners can try this form by placing the bat on the ground and lifting it as explained. The arched top of the bat should face upward while the hitting side faces the ground.

The main advantage of this holding the position is that it is more suitable for playing the shots in every side of the wicket and there aren’t any known disadvantages with this position.

“Closed Face” is the batting style adapted by batsmen who predominantly hit in their leg side or who are more comfortable to play in their leg side. In some cases, it may as well be an adapted technique over time, rather than a planned practice position.

As the name suggests, the face of the bat (hitting side) will appear a bit turned towards the batsman. The main difference between “V-Shape” and “Closed Face” is the pressure exerted on the handle, by the bottom hand. In “V-Shape”, the pressure is balanced between both the hands and the bottom hand is kept loose to determine the direction and angle of the shot. But, in this style, the grip of the bottom hand should be comparatively high.

Thus, the advantage of using this form is comfort in hitting shots towards the leg side. The main disadvantage of this form is the inability to play the off-side shots with ease. If a batsman adapts to this technique for a long time, he may develop difficulties in playing towards his off-side.

This technique is moreover the opposite of “Closed Face”. This is not a smart technique to be used in the long term. But, with deliveries like Yorkers, this might as well be the best form. Once again, the name is pretty descriptive of the style. The face of the bat is kept wide open to enable the batsman to perform even square shots towards the offside. To play this shot, a batsman usually tilts their grip slightly to reveal the face and holds it horizontally.

While the advantage of this the shot is to tackle Yorkers, this form makes it hard for the batsman to handle deliveries towards the leg side.