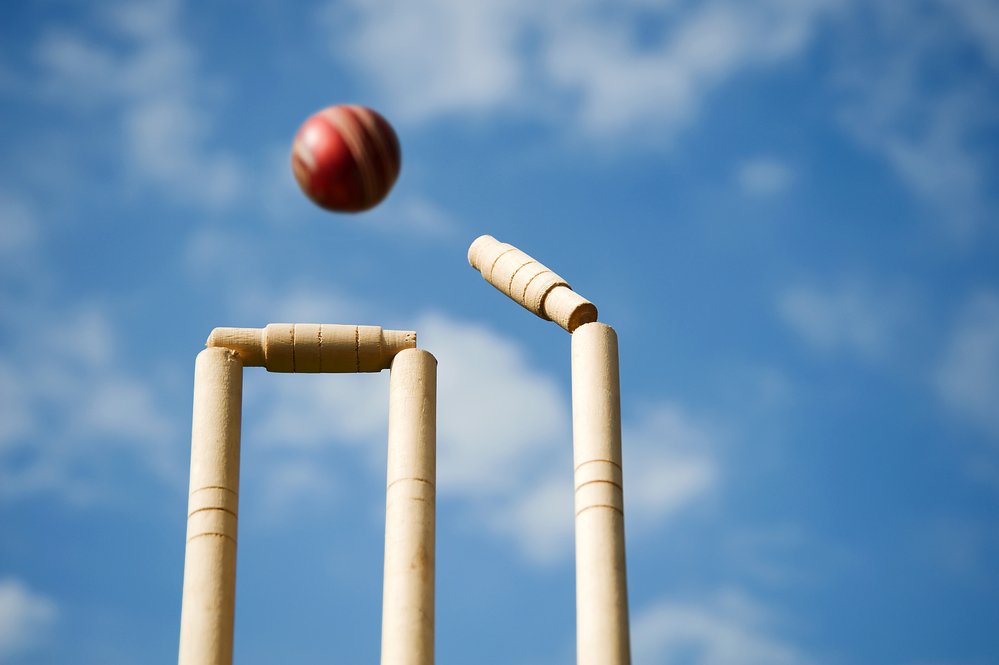 Cricket stumps and bails hit by a ball

Cricket is one of the world’s most popular sports and always draws spectator interest. Whether played at the local level or in front of thousands of spectators at grounds like The Oval in London, a good game is fascinating for people of any age. If you’ve just discovered an interest in cricket, some of the language and terms used could seem like a foreign language, so this brief cricket jargon summary will bring you up to speed.

Box – male and female cricketers wear protective boxes to ensure all their vital bits don’t get harmed during play!

Crease – the crease is the line in front of the stumps and bails and is the safe area where the batsman can’t be run out or stumped.

Leg before Wicket or LBW – the umpire makes the LBW decision if it’s believed any bowled balls would have hit the stumps if they hadn’t hit the batsman’s legs.

Off-side or leg-side − this refers to the different parts of the cricket ground. One side of the ground is the off-side and the other is the leg-side.

Nets – When cricketers go to practise it’s referred to playing in the nets because the area is enclosed by netting so balls don’t go astray.

Nightwatchman – the term nightwatchman is commonly used by cricket commentators and it just means the person that’s batting at the end of the day when light is reduced, and a batter is sent in to protect a good batting innings.

Stumps – the stumps are three sticks behind the batsman and the bails sit on top of them.

Run – a run is the way batsman score in all games of cricket and entails hitting the ball then running with the other batsman to and from the stumps. Generally, runs are scored in ones, twos, or threes.

Four − Any ball that a batsman manages to hit so it rolls over the boundary roping is a four-run tally, and often also called a boundary.

Six – Batsman score six runs for any balls that go directly outside of the boundary rope, without any roll.

Bye – A bye is a way that runs are scored without any direct bat action. If the ball hits the batter’s pad after the batter tries to hit it, and then manages to grab a run from the action, it’s termed a Bye.

Duck – a duck is when the batsman scores zero, with a golden duck being the term used for a batter who is out on the first ball bowled.

Out − when the batsman is out the next batter comes on, until all of the ten players are out in one way or another. The ways they can be out include: LBW, bowled, caught, run out, and stumped.

Bouncer – When the bowler uses a fast and short pitch aiming at chest height, it’s termed a bouncer and is very difficult for the batsman to play.

Clean bowled – This is the term used when the batsman misses the ball altogether and the stumps are hit directly.

Maiden over – A maiden over is when any six-ball over is bowled with any runs being scored at all.

Over – An over is the number of consecutive balls any bowler pitches prior to the switch to the other bowler and batsman at the other end of the pitch.

No-ball − any time the bowler’s foot goes over the popping crease during ball delivery it’s termed a no ball. Any balls bowled to an area above the batsman’s waist are also no balls.

Caught − when any fielder catches balls that have been hit by the batsman then the term caught out is used. If the ball was caught by the wicketkeeper it is termed caught behind.

Out − when a batsman gets out, it gives an opportunity to the next person on the batting side to play until 10 players out of 11 are out in all the different ways. Some of these include bowled, run out, LBW, caught out, and stumped.

Cricket is an ancient sport that’s been popular for hundreds of years in England. There are lots of other weird terms used in the game, like googly, and doosra, which refer to the way that spin bowlers deliver balls. But as long as you’ve got the above basic terms covered, you’re good to go!